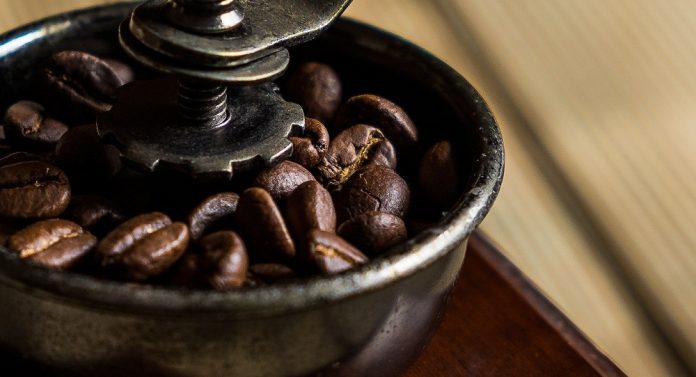 Experts agree that the best way to get that fresh taste that all coffee drinkers strive for out of their French press brew is to purchase the best coffee grinder for French press possible. Grinding the beans in a particular way will allow all of the oils and the flavor to be expressed out of the coffee grounds during the brewing process. The result is a cup of coffee that’s unlike any other cup of coffee a person is likely to drink. We think that these grinders are such an integral part of the brewing process that we’ve decided to review some of the quality ones available. The best French press coffee is now within everyone’s reach.

Quick Summary of the Best Coffee Grinders For French Presses

Not only is it important for the consumer to purchase the best coffee grinder possible for making French press coffee, but they’re probably better off buying a conical burr grinder. That’s because grinders like this one are designed to properly grind the coffee beans in a way that allows for proper extraction.

This grinder is capable of doing the best job of grinding the bean so that the essences can be extracted. However, this grinder has a lot more going for that than just having conical burrs, it also has many of the features that consumers look for when choosing a new coffee grinder. After all, there’s a very good reason, or shall we say reasons, for this grinder making it to the number one position on our list.

One of the first things that consumers will notice about this grinder is that it has a large capacity. It’s capable of creating enough grounds to make up to 32-cups of coffee. Its top hopper can hold 240-grams of coffee beans in its top hoppers and 130-grams of ground coffee in its bottom container.

It also has 40mm hardened gears that allow it to be more durable than other grinders, an On/Off button that has an auto-stop feature for the end of the grinding cycle, an easy-to-adjust coarseness dial, and a detachable grinding chamber and drive that make clean up easy. It also has a noise level under 80-decibels, so it’s more pleasant to use than most other grinders.

What we liked about it
– It’s easy-to-use and to clean.
– It produces a perfect grind.

OXO is a company that’s been making some quality coffee brewing appliances, so it shouldn’t be too much of a surprise that they’ve also made a great coffee grinder. This model not only has 15-settings that allow the consumer to adjust their grind precisely and as they see fit, but it is also equipped with 40mm stainless-steel conical burrs that are designed to create uniform grounds.

And when the coffee grounds are uniform, the French press coffee can properly extract, and that leads to a better cup of coffee. This grinder also has a container that can hold up to 110-grams of grounds, which is more than enough to make up to 12-cups of coffee.

This model also has a one-touch start timer that has to be pushed for it to grind. This timer remembers the consumer’s last setting, so the coffee drinker can spend more time enjoying their cup of coffee and less time grinding beans. This product is approximately 12.×7.4×16-inches and its hopper holds approximately 1.2-ounces of beans.

All of these features make this a great grinder. The only problem we say with this grinder is that it tends to clog during the fine settings. This requires the consumer to spend a bit of time making sure that it’s cleaned out between uses. In our estimation, that isn’t a huge deal, but it may be inconvenient for some people. However, consumers who are making French press coffees aren’t going to be using a fine grind, so it may be a non-issue.

What we liked about it
– It grinds extremely smoothly.
– It’s made with quality conical burrs.

Not everyone is happy using an automatic coffee bean grinder. Some people prefer to use a manual model that allows them to more precisely grind their beans. It’s for these folks that we’ve decided to review this manual grinder. This grinder is just as good as any other grinder on this list, but it does require a little bit of elbow grease to use.

If the consumer is making a French press coffee, it’s going to be easier to use because those beans are coarsely ground. However, for people who need a fine grind, then this might not be the coffee bean grinder for them. However, having said that, we do feel that this grinder gives the user a quality of control over their beans that’s just not possible with an electric model.

This grinder has 18-click settings that give the consumer precise-control over how coarse their beans are going to be. It also features a removable hand crank that doesn’t make a tenth of the noise that many electric grinders use. And since it’s a manual unit, the consumer doesn’t have to plug it in, recharge it or use batteries.

It’s ready to grind beans for one cup of coffee or a hundred cups of coffee. It’s a product that’s also made with ceramic combo burs that last longer than stainless steel blades and do an excellent job of grinding. And because this grinder is just the right size and weight, it’s less likely to fatigue the user’s hands than other types of grinders.

What we liked about it
– It’s a great grinder for French Press coffee.
– It has 18 click-settings.

Okay, let’s get the thing we don’t like about this grinder out of the way before we talk about what we do like. The one thing we didn’t like about this product was that it had a cheap feel to it. This wasn’t too surprising to us, especially considering that this is an inexpensive coffee grinder.

We’re not saying that it won’t hold up to regular use because it does seem to be durable enough, but it’s most definitely not a premium grinder. This means that this is a good budget grinder for people looking for any grinders capable of preparing grounds for French press coffee, but if the consumer needs something better they might want to consider one of the other grinders we’ve reviewed.

Overall, this is a decent low-price grinder that gets the job done. It’s easy to fill, it has four -adjustable coarseness levels, and it’s made with ceramic burrs that are durable and do a good job of grinding beans. And because this grinder is small, it’s easy to throw into a backpack or purse for grinding coffee-on-the-go.

As we’ve said, no one is going to mistake this model for a premium grinder, but we do think that it can be a good budget model for anyone who just wants something that will grind beans well enough for a cup of coffee.

What we liked about it
– This grinder isn’t very expensive.

A Guide To Buying Bean Grinders For French Press Coffee

People have been making French press coffee since the late 19th century when two Frenchmen, Mayer, and Delforge, patented the first simple French press. Ever since then, people have wanted a grinder that was capable of delivering the perfect grind for use in these devices. It’s the reason why we’ve decided to review the best coffee grinders for French press coffee and is also the reason why we’ve decided to go ahead and write this guide. In this guide, we hope to explain to our readers all of the things they’re going to have to consider buying the best grinder for French press brewing.

Step One: Choose Between Conical or Bladed Models

Okay, the first thing that has to be discussed is whether the consumer needs a conical or bladed model. In our opinion, as well as the opinion of many coffee experts, a conical grinding mechanism is the best way to go. That’s because a conical system creates a coarse grind that’s perfect for making French press coffee.

Now, we know that many people are going to say that bladed coffee grinders are also capable of producing a coarse grind, and that certainly is true. The difference between the conical grinders coarse grounds and the bladed grinder coarse grounds is that the grounds produced by the conical one is going to be evener. And the one thing that the consumer needs when making French press coffee is ground that is consistent and coarse.

Why is it so important to have consistency and coarseness when it comes to coffee grounds destined for brewing French press coffee? It’s because it completely affects how the coffee is brewed. If the grounds are too fine, they’ll slip through the French press filter and make the coffee gritty. If the grind is inconsistent, then some of them are going to be overexpressed, and some of them are going to be underexpressed. This creates an uneven and maybe even bitter coffee. Therefore, getting the coarseness right, as well as consistency, is the key to having a truly tasty cup of coffee.

The next thing the consumer is going to want to consider is the capacity of the grinder. Not only should the grinder hold the number of coffee beans that the consumer needs it to hold for grinding, but if it has a ground reservoir than that needs to be large enough to hold a decent amount of coffee grounds. This is, of course, going to vary from one consumer to the next, but it is something to seriously consider. if the consumer is only going to be grinding enough beans for one cup of coffee, then they can certainly get away with choosing a smaller model than someone who expects to brew a lot of coffee.

Step Three: Decide On A Manual Or Automatic Model

Another thing for the consumer to consider is whether they need an automatic or a manual grinder. While both of these have their pros and cons, it depends on how much work the consumer wants to do to get good beans. Manual models do a good job of allowing the consumer to achieve the perfect grind, but they’re tedious to use and require a lot of elbow grease. Automatic models are quicker and easier to use, but they may not provide the amount of precision the coffee drinker requires.

Okay, before we go, we’d like to discuss some of the other things that the consumer might want to consider before purchasing their new French press coffee grinder. Let’s take a quick look at them before we conclude this guide. 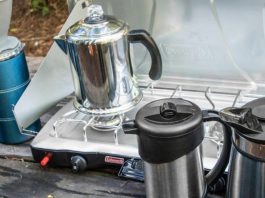 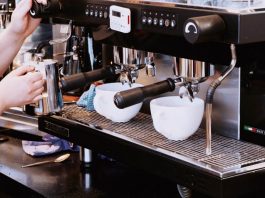 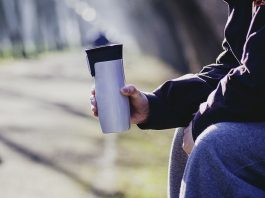